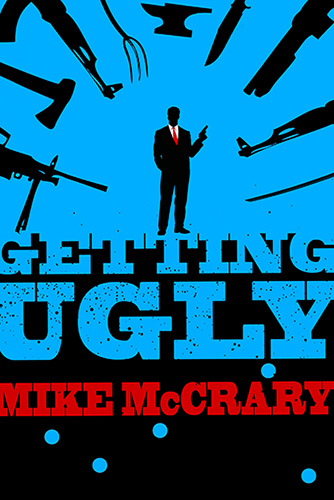 In this breakneck pulp action thriller, a young FBI star (Leon) is sent to hunt down a most dangerous man. A terrifying legend hated and feared by both the law and the criminal underworld alike. A man known only as Big Ugly.

Leon finds Big Ugly, but unlike the poor souls before him, Leon lives to tell the tale. Barely. Big Ugly disappears like a ghost leaving Leon a broken man with only a scrambled head full of bad memories. Years later Leon is asked to go undercover with a team of psychopaths to ensure Big Ugly is brought to justice, but nothing is what it seems

If you like your action books mixed with dark comedy, Getting Ugly will twist your head like a pretzel leaving you struggling to guess what happens next, but so much fun you won’t want it to end.